Cam Flaherty here. It’s tempting at this time of year to peruse the seed catalogs, either the 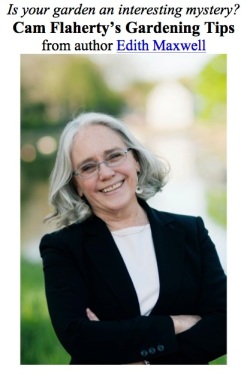 ones that come in the mail or online. Big box stores already have their garden sections in full gear, showcasing petunias, wheelbarrows, weedkiller. If you’re further west or south than my farm is in northeastern Massachusetts, you might already have your spring garden planted. But if not, may I offer a word of advice gained through experience?

Think small. It’s so tempting, especially if you don’t have a good organic farm (like mine!) nearby, to want to tend a big kitchen garden. What’s better than going out and harvesting your dinner in June or August, right? However, you or somebody is going to have to get that soil ready, working in lots of compost. You will need to form beds or rows. You’ll need to plant the seeds and seedlings. Weeds rob the plants you want of nutrition and water, so they need to be removed and the beds mulched to prevent their regrowth. Some crops, like tomatoes, need pruning and staking. It’s a lot of work. And we’re not even talking about putting the garden to bed in the fall. 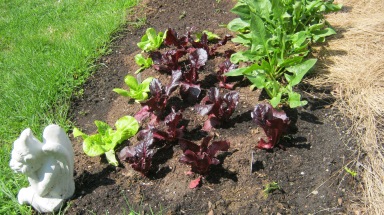 So, especially if you’re just starting out, think  four tomatoes instead of twenty. A three-foot row of lettuce instead of twenty. Same for beans, eggplant, and whatever else you like.  Last year my author, Edith, wanted just one Asian eggplant plant, but they came in a six pack in the garden store, so she planted 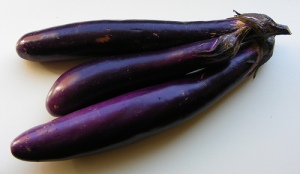 six plants. And had way more eggplant than she could handle. That kitchen was turning out baba ganoush and ratatouille for months! Corn and potatoes take a lot of room and a lot of nutrients from the soil, so think about buying those crops from somebody else.

I’ll answer questions all day long, so don’t hold back. And if you’re not inclined to plan your own garden, sign up for a share at my Attic Hill Farm!

Edith Maxwell writes the Local Foods mystery series from Kensington Publishing, in which geek-turned-organic farmer Cam Flaherty grows produce even in the winter for members of the Locavore club, but also has to solve more than one case of locally sourced murder.

Agatha Award -winning author Edith Maxwell writes the historical Quaker Midwife Mysteries (Beyond the Page) and short crime fiction. As Maddie Day she writes the Country Store Mysteries series and the Cozy Capers Book Group Mysteries (both from Kensington Publishing). She lives north of Boston in an antique house with her beau, where she writes, gardens, cooks, and wastes time on Facebook.
View all posts by Edith Maxwell →
This entry was posted in Edith Maxwell and tagged 'Til Dirt Do Us Part, A Tine to Live a Tine to Die, Edith Maxwell, Eggplant, gardening, Kensington Publishing. Bookmark the permalink.