A little taste of Crime Bake

I thought I’d share a taste…an appetizer if you will…of the annual New England Crime Bake mystery writer’s conference held in November. The 3-day conference offers several seminars and panels covering all aspects of the mystery genre. And every year is different.

This is a look back at the “Playing After Dark” panel at Crime Bake in 2008.  The panel, moderated by Hallie Ephron, introduced participants to three writers of dark, noir fiction.

International suspense author, Alex Carr (pseudonym for Jenny Siler of Portland, Maine) focuses on honoring the character as a human being in order to get through the dark story telling.

Alex goes as far as into the dark as it takes to bring the characters to life for the reader. She won’t detail delicate subjects, but she gives enough for the reader’s imagination to do the rest.

Alex describes her books as extremely grim and the only relief from the darkness is found in shifting between the three or four parallel stories where place plays a significant role. 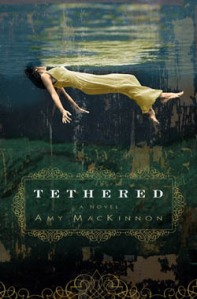 When asked how far she goes into the dark world, Amy feels that suggestion is more powerful than laying out the details, but there are times when the details are what are needed to be true to the character.

To get her protagonist, and the reader, out of the darkness of the story, Amy’s protagonist has a secret flower garden. A flower is chosen and included with each body before burial.

Since Richard Marinick has lived the dark life he writes about, he’s able to give the reader an authentic look into the dark side of reality, which he finds himself toning down in order to keep the manuscript acceptable for publication.

When violent scenes are needed in his stories, they depict real things that happen to real people. Setting is a pivotal part of his novels and he uses whatever location is appropriate to the novel he is writing.

Richard finds that in writing well-crafted characters who live on the dark side, there is natural relief from the darkness for the reader, since even stone cold killers have funny sides and can be tender and touching.

The differences between theses panelists of noir fiction, and their willingness to share themselves with the audience, made for a well-rounded glimpse into the genre.

This year’s panels include: “Who Says Women Are the Weaker Sex?” (writing strong, smart female characters who defy the stereotypes); “Truth Is Stranger than Fiction” (writing true crime); “Not Your Mother’s Miss Marple” (making series compelling and believable); “Dark Turn of Mind” (writing characters that take readers to the dark side of human behavior); “Sleepless in New England” (using local setting for its most chilling effect); and “Short but Deadly” (writing short stories).

If this little taste of Crime Bake has you wanting more, there are about a dozen slots still open for the 2012 conference. If you haven’t registered yet, now is definitely the time!

Lisa Haselton has had several short mystery stories published and has a couple of novels in various stages of completion. She always enjoys learning new tidbits about other writers, and takes great pride as an editor when working with writers on polishing their manuscripts. She's living a life around her passions for writing, photography, volunteering, and anything related to New England, particularly New Hampshire.
View all posts by Lisa Haselton →
This entry was posted in Conferences, Lisa Haselton, SinCNE, Writers, Writing and tagged crime bake, dark fiction, mystery writers of america, mystery writing, new england, noir, sisters in crime, Sisters In Crime New England, writer's conference. Bookmark the permalink.

5 Responses to A little taste of Crime Bake